The last modifications of this post were around 3 years ago, some information may be outdated!

This is a draft, the content is not complete and of poor quality!
On this page

The key idea is that for each point of a cluster, the neighborhood of a given radius has to contain at least a minimum number of points. 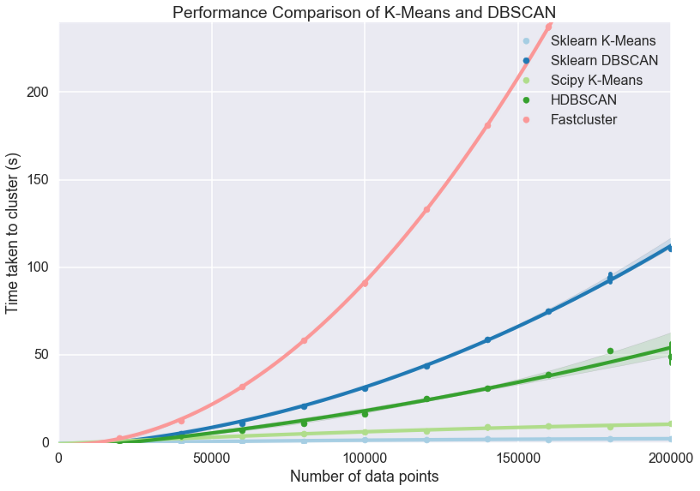 Figure 2.Performance comparison of difference clustering methods. HDBSCAN is much faster than DBSCAN with more data points. Source of figure.

For a ref of paramaters, check the API.